The Challenge: Creating a quality educational space for a leading sixth form college

Graded ‘outstanding’ by Ofsted in 2009, the establishment was granted ‘Beacon College’ status by the Learning and Skills Improvement Service in November 2010 and ranked as the best sixth form college in England according to the Sunday Times’ analysis of ‘A’ Level performance for 2011.

In 2016, following a competitive tender process, Enviro Building Solutions was awarded a contract to construct the St Teresa Building on the college campus using modular techniques. 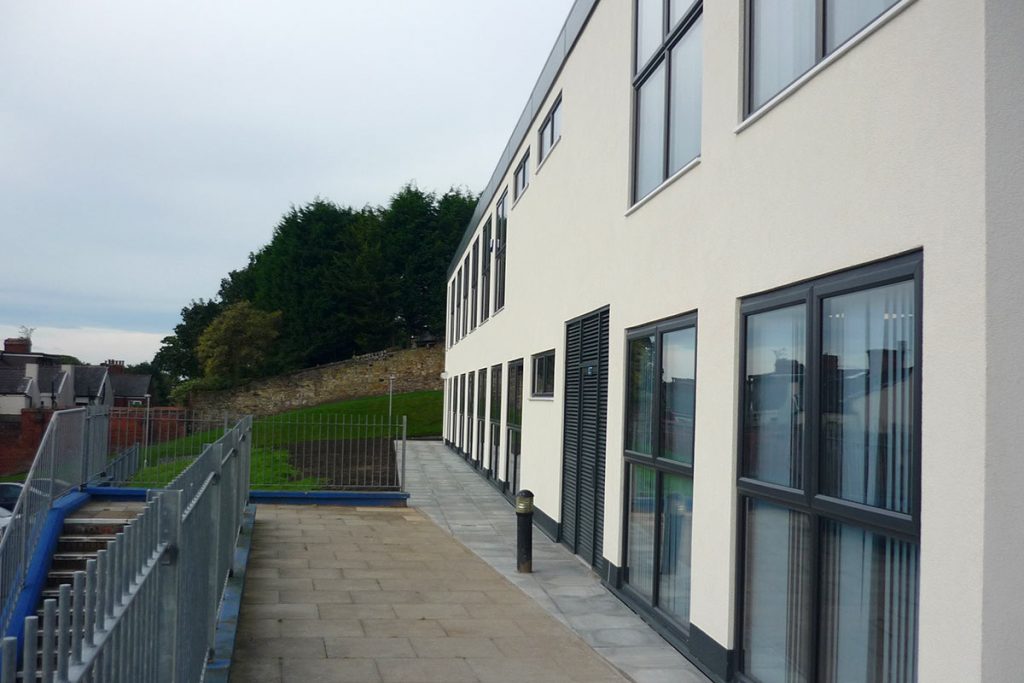 This two storey, 8-classroom addition was built to accommodate the college’s excellent RE programme and now acts as a high-quality educational space for learning, relaxation and time out from students’ busy schedules.

This included changes to exterior finish, alterations to the window design and apertures to all elevations to optimise natural light and extending the length of the building to bring external fire escapes inside, improving the aesthetics. 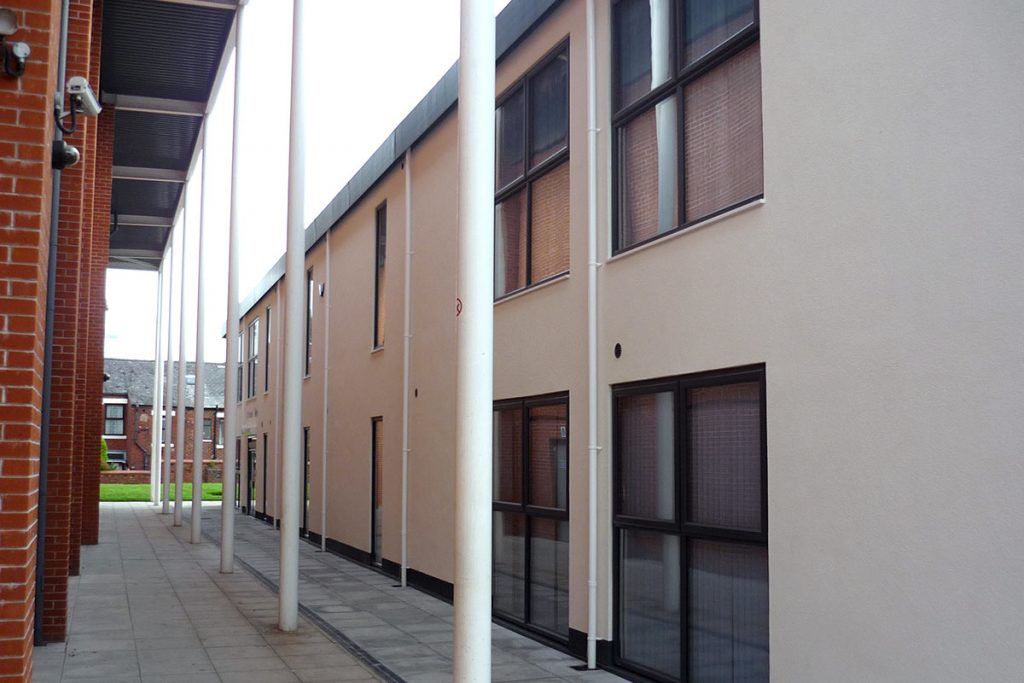 All redesign and planning work was completed prior to commencement of the build.

Work began on site to create the foundations for the building and to provide for foul and surface water drainage at the same time as the factory build to produce 22 individual modular units which would make up the two storey, 8 classroom building. 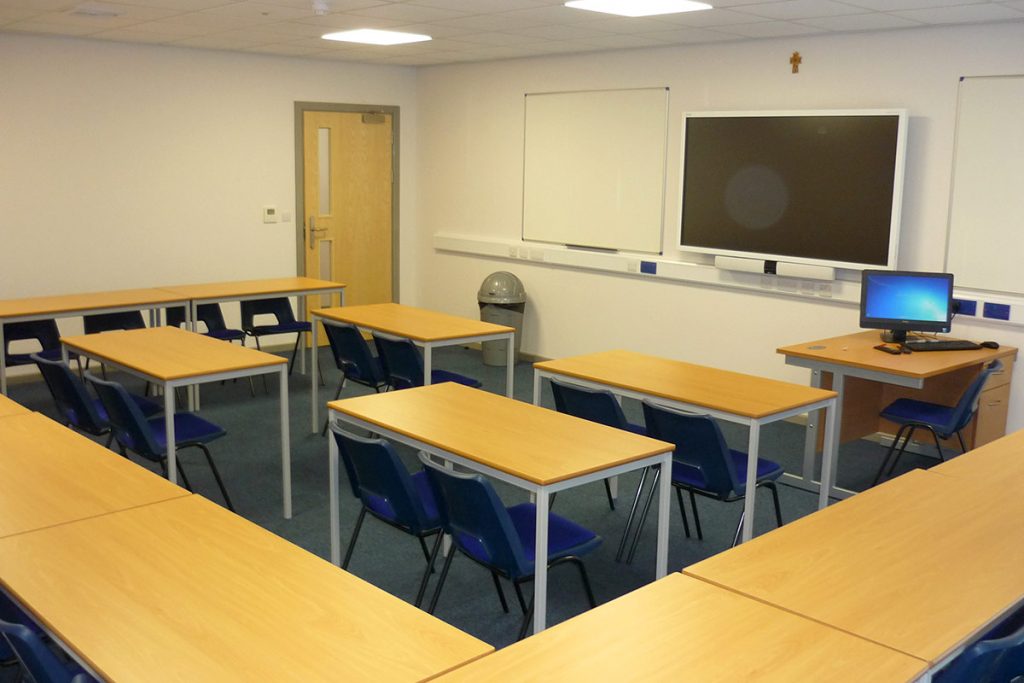 This was an active and busy college site, so Enviro Building Solutions set up a secure compound using part of the existing car park area for added safety and to minimise disruption to pupils, staff and visitors.

The college is located in a busy city centre site, very close to residential housing and with significant access issues created by traffic and parked cars. The Enviro team worked hard to keep local residents on side, completing letter drops with information on planned works and delivering the individual modular units over two days on a single weekend to ensure the process was carried out without a hitch.

Once the modular units were in place, internal fit out began with the team completing all electrical and mechanical works, installing fire detection and intruder alarms, automated door access systems and also fitting the internal fire escapes to each end of the building. 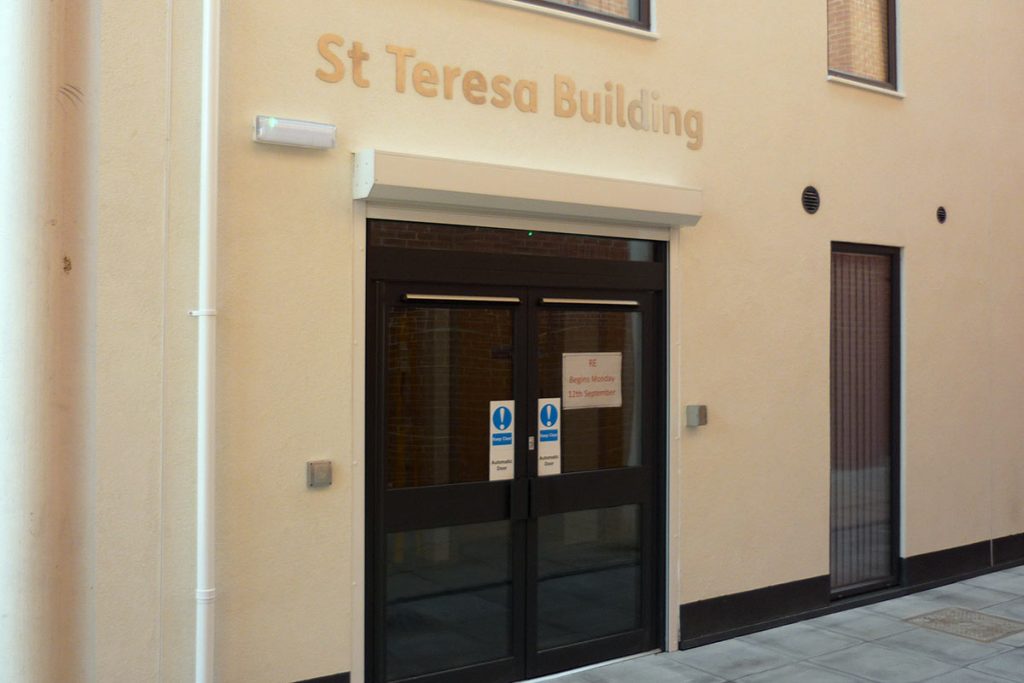 The college building construction was completed in just twelve weeks, on time and to budget, creating an attractive rendered building which sits well against other structures on the campus and provides the Cardinal Newman College with vital additional educational facilities.